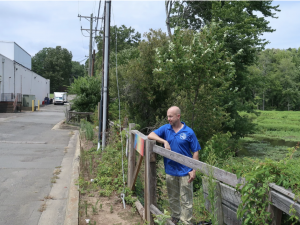 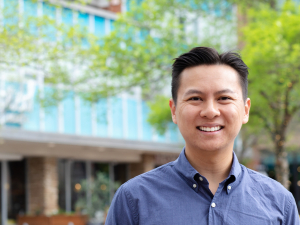 Jason Dinh is a fifth-year Ph.D. candidate in Duke’s Department of Biology, focusing on animal behavior. On his journey through the science field, he stumbled across one of his hidden talents: writing. “I always knew I liked writing, and people tell me that I’m good at it, and I think it’s a fun, meditative way to gather my thoughts,” he said. However, science writing wasn’t in his career plans until the new year began, when he was awarded a the Mass Media Fellowship from the American Association for the Advancement of… read more about Exploring Career Paths: Ph.D. Candidate Jason Dinh Chats About Science Writing Fellowship » 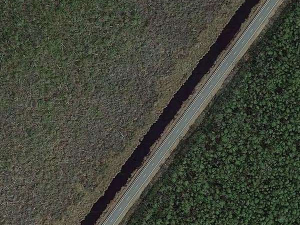 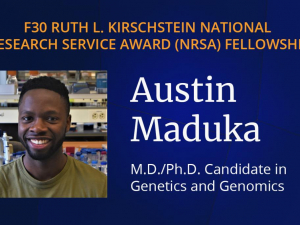 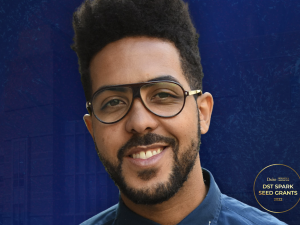 The Office for Research and Innovation has awarded funding to nine best-in-class projects for the inaugural Duke Science and Technology (DST) Spark Seed Grant program. This year’s winners include early- to mid-career faculty from across campus and the School of Medicine who were selected from a pool of 52 finalists for delivering innovative and creative ideas in pursuit of new directions and the enhancement of research and scholarship at Duke. “As new scientific discoveries and breakthroughs continue to surface at Duke, we… read more about Duke Announces Winners of the 2022 DST Spark Seed Grants » 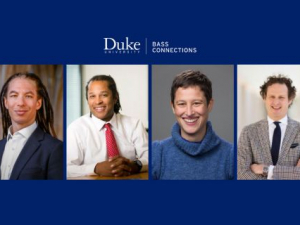 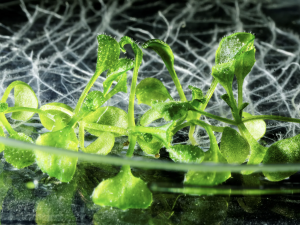 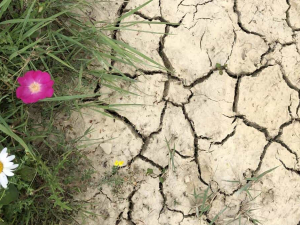 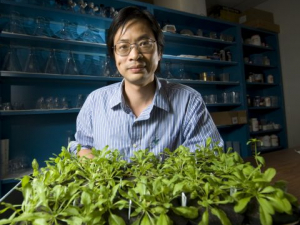 DURHAM, N.C. -- When heat waves hit, they don’t just take a toll on people -- the plants we depend on for food suffer too. That’s because when temperatures get too high, certain plant defenses don’t work as well, leaving them more susceptible to attacks from pathogens and insect pests. Now, scientists say they have identified a specific protein in plant cells that explains why immunity falters as the mercury rises. They’ve also figured out a way to reverse the loss and bolster plant defenses against the heat. The findings… read more about Climate Change is Making Plants More Vulnerable to Disease. New Research Could Help Them Fight Back » 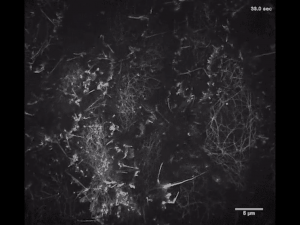 read more about The Cell’s Skeleton in Motion » 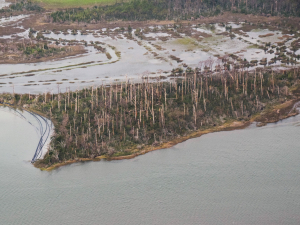 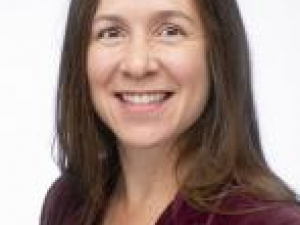 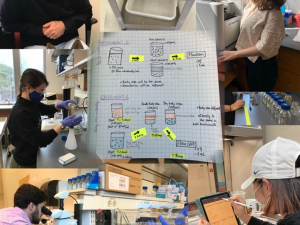 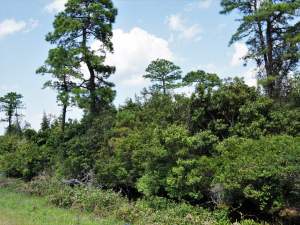 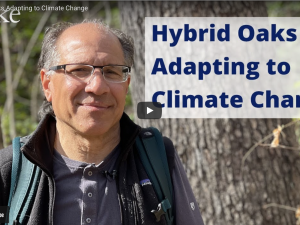 Paul Manos, a professor of biology at Duke University, has been studying oak trees for most of his career. In a new study with an international team, Manos is working toward understanding oak tree hybridization and its impact on the organisms that depend on them. The exchange of genes that occurs during hybridization could be an adaptive response to climate change. You can read more about this study in the journal Nature Communications. To read more about the project, visit the National Science Foundation. read more about Campus Oak Trees Advance International Research on Climate Change [VIDEO] » 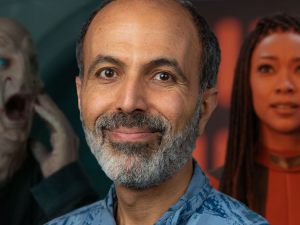 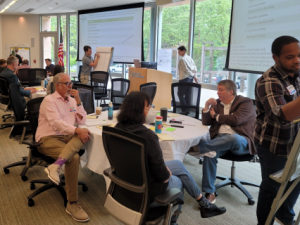 Research, industry and entrepreneurial leaders from across North Carolina met last week to set the stage for realizing an internationally recognized network of excellence in plant research. Their aim: Solving major challenges associated with climate change and its effects on crops and food. Representatives of universities, industry, the public sector and nonprofits from the Triangle at the vision workshop held at the NCBiotech Center. (Photo by courtesy of Sharlini Sankaran, Duke… read more about Crops and Climate Change Focus of New Regional Network » 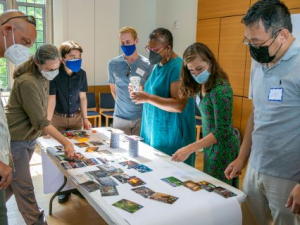 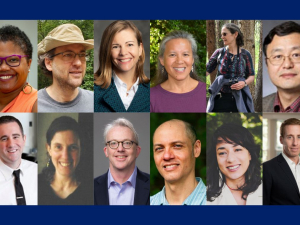 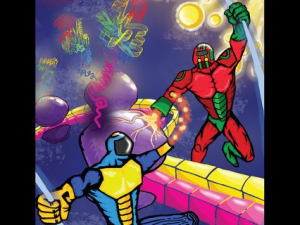 DURHAM, N.C. – A gene that has been associated with severe learning disabilities in humans has been found to also play a vital role in cells’ response to environmental stress, according to a Duke University study appearing May 24 in the journal Cell Reports. Cells are stressed by factors  that may damage them, such as extreme temperatures, toxic substances, or mechanical shocks. When this happens, they undergo a range of molecular changes called the cellular stress response. “Every cell, no matter from which organism, is… read more about Gene Linked to Severe Learning Disabilities Governs Cell Stress Response » 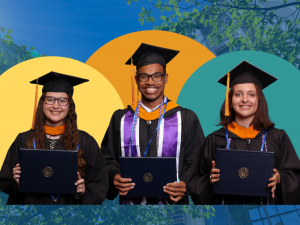 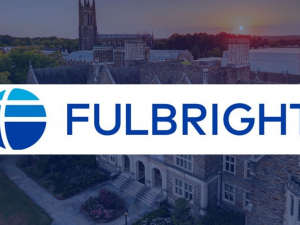 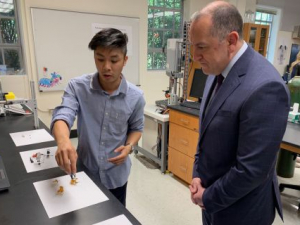 Pentagon Leaders Get Briefed on Innovative Duke Research
May 17, 2022

A team from the U.S. military that included Gabriel Camarillo, under secretary of the Army, learned how shrimp, ants and quantum computing could improve military operations and technology during a tour of three Duke University research labs Monday. Camarillo spent the afternoon getting briefed by Duke faculty members leading projects funded by the Army and other government agencies. “This research is absolutely critical to making the technological advances to develop war-fighting into the future,” Camarillo said at the… read more about Pentagon Leaders Get Briefed on Innovative Duke Research » 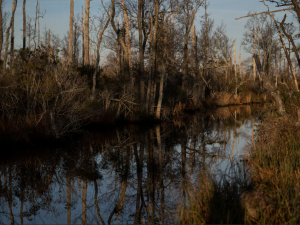 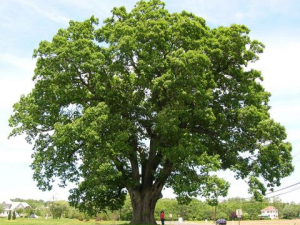 Symposium Explores How People and Nature are Inextricably Entwined
May 13, 2022 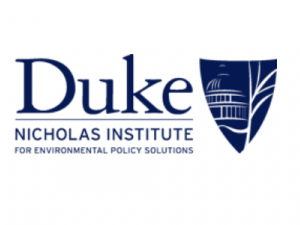 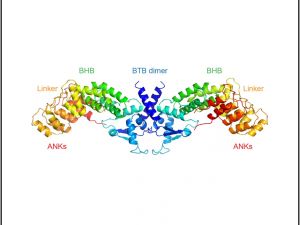 A Bird-Looking Protein That Could Lead to Better Crops
May 12, 2022 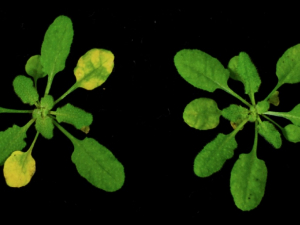 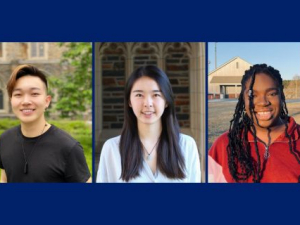 Three Juniors Selected as Faculty Scholars for Excellence in Research
May 4, 2022

One important academic lesson of the pandemic was that despite COVID restrictions, many Duke undergraduate students continued to conduct valuable research in collaboration with faculty members. This week, that research was showcased when three juniors were named Faculty Scholars, the university’s highest honor for students presented by faculty. The awards went to Patrick Duan, for research studying historical dynamics of racial and ethnic minorities; Jenny (Yijian) Huang, for developing new statistical methodology for… read more about Three Juniors Selected as Faculty Scholars for Excellence in Research » 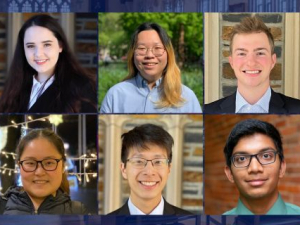 Six members of Duke’s Class of 2023 have been named to the second class of Nakayama Scholars.  The Nakayama Public Service Scholarship is part of the university’s efforts to encourage students to use their Duke experience to engage with the large challenges facing communities around the world. The students represent multiple disciplines across Duke’s academic departments as well as a variety of future careers.  Juniors Alexandra Bennion, Bentley Choi, Garrett Goodman, Shreyas Hallur, Andrew Liu and Nellie Sun were chosen… read more about Duke Names Second Class of Nakayama Scholars »