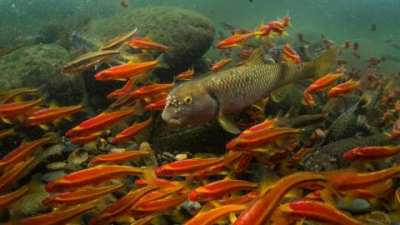 DURHAM, N.C. – Trickling down over rocks, surrounded by wildflowers and ferns, Appalachian mountain streams are chock-full of life. They hold some of the world’s greatest diversity of freshwater animals, including many species that can’t be found anywhere else in the world.

But this biological diversity is severely threatened by mountaintop coal mining, whose downstream pollution impacts many of these species, according to a study in the September 2021 issue of the journal Ecological Applications.

Researchers found  that the effects of mountaintop coal mining are even more widespread than previously reported: Streams from heavily mined watersheds harbor 40% fewer species than streams with cleaner water.

That lost biodiversity includes fish, macro-invertebrates (such as insects, clams and crustaceans), algae, fungi, bacteria, unicellular organisms called protists, and more. In other words: it isn’t just the particularly sensitive species that are being affected.

“The impacts are really distributed across the whole tree of life,” said Marie Simonin, a researcher at France’s National Research Institute for Agriculture, Food and Environment (INRAE) and lead author of the study. 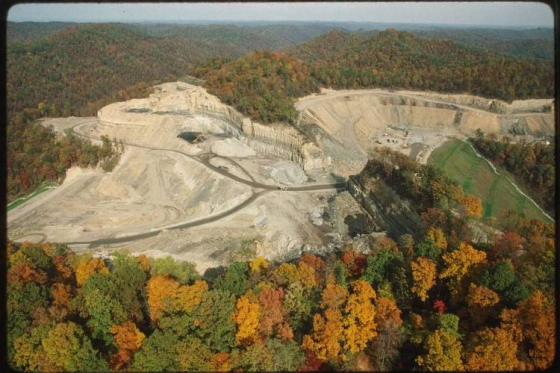 Simonin and her team looked at 93 streams along a gradient ranging from heavily mined watersheds to relatively pristine streams across the Appalachian range in West Virginia. They found a clear relationship between the density of mining activities and loss of biodiversity: the more mining there is, the fewer species one finds.

“It was really surprising to see how consistent this decline in biodiversity is across all these really different groups of organisms, starting at really low levels of disturbance,” said Emily Bernhardt, Professor and Chair of biology at Duke University and senior author of the paper.

The results highlight another concerning pattern: significant diversity loss was detected in streams whose water was still far below the maximum disturbance standards set by the Environmental Protection Agency (EPA).

“A very small increase in mining activities in the watershed is already too much,” Simonin said.

This means that the detrimental effects of pollutants in aquatic species start at much lower concentrations that previously assumed.

“By the time you get to the EPA’s reference point, you've already lost most of the species you're going to lose,” Bernhardt said.

Although biodiversity loss due to mining had been shown in several groups of species separately, this study stands out by looking at the whole tree of life at once, in the same streams, at the same time. To do this, the team used an innovative method called environmental DNA (eDNA), that measures fragments of genetic materials that organisms leave behind in their environment.

This DNA could originate from excrement, lost bits of skin or scales, or from unicellular organisms. To collect it, researchers gathered water samples from each stream and filtered them through extremely fine filters. DNA stays stuck on the filters, and can then be extracted, sequenced, and sorted.

Groups of organisms, such as algae for example, share common genes, or segments of genes. By comparing the DNA obtained from the filters with DNA known to belong to a certain species or groups of species, scientists can determine what is hanging out in each stream, not unlike CSI agents running samples through their databases (but with far less drama).

“eDNA is an inexpensive approach that can provide substantial insights into drivers of biodiversity,” Bernhardt said. “It can open the possibility for monitoring water quality impacts over a much larger number of rivers across the globe.”

The results obtained with eDNA are well in line with those obtained with more traditional methods, with a fraction of the work. As an example, the team detected 28 species of fish in all 93 sampled mined streams by using eDNA. That is comparable with previous studies that had painstakingly collected, counted and identified the fish diversity of the same region. eDNA provided a much quicker and less invasive method of diversity assessment, with similar results.

“You take a very small amount of water and you're able to see the impact on all those organisms. You don't need to kill any animals, you don't need a huge team of people skilled in identifying all of these species, everybody could do the field work,” Simonin said. “This can really change the scale at which we can monitor biodiversity.”