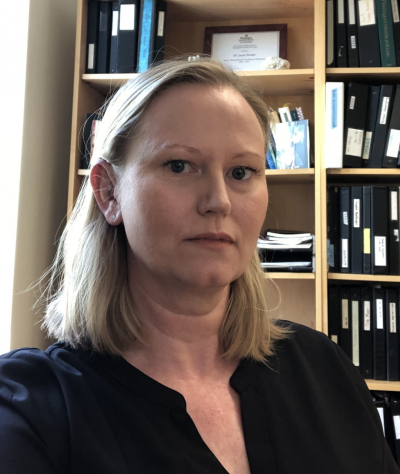 Dr. Lucia Strader, an associate professor in Biology, has just been awarded a $3.36 million grant from the National Sciences Foundation (NSF) to try to help.

Along with Drs. Ross Sozzani, from North Carolina State University, and Max Staller, from the University of California, Berkeley, Strader is proposing a new method that would allow scientists to improve plants’ resistance to environmental challenges.

Their method involves precise tweaks to gene expression, a process of turning different genes on and off.

Genes are just like a bread recipe. The same ingredients can be turned into very different breads, depending on how they are mixed, proved and baked. Gene expression is like the process of picking a specific recipe and turning it into a specific type of bread.

In plants, gene expression will turn initially identical cells into specialists. Some will turn into a leaf or roots; other may help heal wounds or give a flower its scent. Depending on where each cell is located on the plant, the age of the plant, when it last rained and myriad other factors, different genes will be expressed, with different intensities.

This process depends on proteins called transcription factors, which attach themselves to a gene and can either kick start the process of expressing it (activators) or prevent it (repressors).

Each species has hundreds, if not thousands, of transcription factors. Finding them and knowing which one is an activator and which one is a repressor requires identifying one of their components, protein segments called “activation domains.”

But finding them is where the problems begin: activation domains have so far been considered impossible to identify, due to their inconsistent and disordered structure.

Strader and her team are combining molecular biology, polymer physics theory and machine learning to identify plant activation domains in a wide range of plant species, from mosses to flowering plants.

They start by using cutting-edge molecular biology technologies to identify activation domains on all the transcription factors of a widely studied plant called Arabidopsis. They will then use this data to teach a neural network computational model (an advanced type of machine learning) to recognize what different types of activation domains look like and to predict where they are in other plants.

Finally—knowing what different activation domains do, what they look like and where they can be found—Strader and her team can design and build synthetic transcription factors that can be used to regulate gene expression in other plants, such as food crops.

“We'll have all of this data to draw from,” said Strader. “What if we could use it to engineer plants to be more resilient in a very specific way, rather than using blunt force to turn whole genes on and off?”

Indeed, the blunt-force system used currently has drawbacks. Strader said that turning “on” is bound to have downstream consequences. For example, forcing the overexpression of a gene related to drought resistance could generate a stress response that inhibits plant growth.

A more fine-tuned approach would minimize such unintended consequences. By being able to expertly place synthetic transcription factors on different genes, scientists will be able to have each gene be expressed precisely when and how they want, with minimal side effects. Rather than having to choose between raw dough or burnt toast, they could tweak the proving and baking times of each recipe to get the exact kind of bread desired.

Strader, who was previously at Washington University, joined Duke’s ranks in July 2020. She brought with her a strong team of graduate students and postdocs who were crucial in keeping her research afloat through the pandemic.

“It's been a really weird time to start on campus,” she said, “but my lab members were amazing. We packed our lab space in Missouri on a Thursday, and on the next Tuesday we were ready to start experiments at Duke.”

She and her team hit the ground running, built upon pre-existing connections and proposed their ambitious project to NSF’s Synthetic Biology Initiative. This is already her second grant as a Duke faculty, but it is a particularly important one.

“This project is probably going to be one of the most impactful things that I do in my career,” she said.